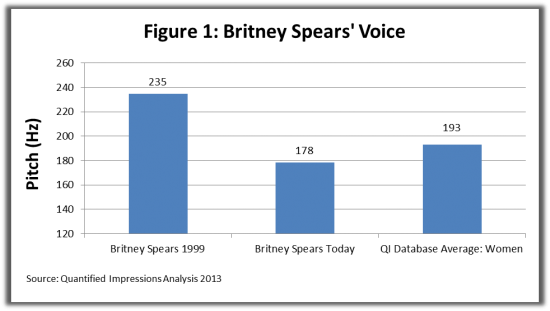 AUSTIN, April 30, 2013 – Why have young women continued to talk like Valley Girls long after other vocal fads from the same era, like surfer slang, have come and gone? Many young women still converse in uptalk, the rising intonation that makes statements sound like questions, sprinkling their comments with vocal fry, the creaky, low-pitched voice that sounds a little like gagging. Both vocal mannerisms are often described as annoying, making the speaker seem insecure, immature, and even unintelligent. You’d think that as women advance in the work place and in the public sphere, they’d leave this kind of girl talk behind.

So why have these “fads” lasted for so long? One theory is that there is perceived utility in both of them. Uptalk can be used to check if the person you are talking to understands what you’re saying, without having to continually say “do you understand?” or “do you agree?” It is also a way to be more inclusive. By phrasing a statement as a question, you are inviting others to share their opinions and partake in the conversation. Vocal fry is associated with a lower pitch, which is primarily a male characteristic. Studies from the 80’s described vocal fry as being a “robust marker of male speech”. Although women cannot easily change their natural vocal pitch, by using vocal fry they may actually be able to project the authority that is often associated with a deeper male voice.

Although they can be found in other demographics, currently, these communication trends are associated with young women in their late teens or early 20’s. Why? It may be a result of learned behavior from celebrities and politicians.

Britney Spears has always been considered a trend setter. Girls mimic her dress, her actions, and even the way she speaks. As demonstrated in Figure 1, when she first became popular as a teenager, her vocal range was very high. As her voice has gotten older, her natural pitch has become deeper. You can see the effect her changing voice has had on young girls through the popularity of vocal fads. During the late 90’s (when her voice was higher), uptalk was in vogue. As her pitch has lowered, a new trend has emerged. Today, vocal fry is the fad everyone is concerned about. Britney is one person the media consistently points to as an example of vocal fry. But she isn’t the only one responsible. Other examples of celebrities known for using vocal fry are Kim Kardashian, Zoey Deschanel, and Ke$ha (all of whom are in their late 20’s or early 30’s). On the other hand, Hillary Clinton represents a powerful female politician demonstrating leadership and authority. One would imagine Hillary’s voice to be much more authoritative than Britney Spears. Surprisingly, the characteristics of Britney’s voice are not that different from Hillary. As you can see in Figure 2, Britney’s pitch is only slightly higher than Hillary’s and is actually lower than the average of the women in our communications database of business professionals. You may be surprised to hear that Hillary Clinton uses vocal fry as well. The truth is, we all do. It is a natural part of speech and, when used correctly, it can add essential variety to the vocal delivery of our message, which, in turn, makes us more interesting to listen to. The only time vocal inflections such as uptalk or vocal fry become a problem is when they are overused and, as a result, become the only thing our audience can hear. What can we learn from all of this? A characteristic we generally look for in a leader is experience. As experience is something that comes with age, we are more likely to trust the nonverbal cues (such as lower pitch) that come from an older voice rather than a young one. By becoming aware of the nonverbal signals your voice is giving, you may be able to learn to adapt them in order to sound more trustworthy. Perhaps the use of communication trends such as vocal fry will actually help younger women to sound more authoritative (as long as they don’t over-do it). Without realizing it, they are taking characteristics that are associated with authority and credibility and applying them to their own voices. If they were to become aware of it, young women might be able to use vocal fry in amounts that sound natural (and less annoying) in order to be perceived as potential leaders.

Posted in Our Company